It’s no longer just VR vs. AR. There is an alphabet soup of metaverse acronyms, often used imprecisely. So, what do they all mean?

VR, AR, MR, and XR are all types of immersive media — that is, digital content presented to users from a first-person perspective.

have entered the lexicon.

The metaverse will be accessed through technologies such as VR and AR.

With all the hype around the metaverse these days, many people are asking for definitions of the acronyms flying around — VR, AR, MR, XR.

If you’re confused, it is not your fault. The industry has not been precise, often using incorrect, overlapping, and conflicting language.

To reduce the confusion, Big Think asked me to provide some historical context and helpful definitions. At the top of the pyramid is the phrase immersive media, which refers to digital content presented to users from a first-person perspective, providing the illusion

that users are present within the content rather than observing the content from the outside. It is this sense of presencethat is the common denominator among

The two pillars of immersive media are virtual reality (VR) and augmented reality(AR).

Both phrases have been around for decades, with VR emerging in the late 1980s and AR following in the early 1990s.

The difference between VR and AR is where the user feels present.

To achieve a true VR or AR experience, the user must be able to interact with the virtual content in a natural and immersive way.

This distinguishes virtual reality from 3D simulations and movies.

This also distinguishes AR from “heads-up displays” (HUDS), which simply project data and images into a user’s view of the real world.

So, within that context, here are some definitions:

Virtual reality (VR)is an immersive and interactive simulated environment that is experienced in the first person and provides a strong sense of presence to the user.

Augmented reality (AR)is immersive and interactive virtual content spatially registered to the real world and experienced in the first person, providing a strong sense of presence within a combined real / virtual environment.

For decades, VR and AR dominated the field, but in recent years, additional phrases have become popular.

For example, extended reality(XR) has been promoted by hardware and software makers as they began to produce systems that support both virtual and augmented reality.

Rather than use the cumbersome language “virtual and augmented reality,” the phrase “extended reality” has become a convenient catch-all to refer to systems and products

The term mixed reality(MR) has also become popular but causes some confusion because it is essentially a synonym for augmented reality.

For many years, AR was the primary term of art in academia and industry, but when Microsoft launched the HoloLens in 2016, it used “mixed reality”

in its marketing language, which helped popularize MR and make it interchangeable with AR.

People often look for ways to differentiate, but the term is just a matter of preference.

or mixed reality when really it is just a “heads-up display” that introduces flat data and images into the user’s line of sight.

To add to the confusion, the term “metaverse” has suddenly become wildly popular, largely due to Facebook changing its name to Meta and promoting support for the language.

This phrase has its roots in science fiction, going back to the early 1990s but wasn’t used by the industry in a significant way until Facebook put its marketing muscle behind it.

It can be defined as follows:

A metaverse is a persistent and immersive simulated world that is experienced in the first person by large groups of simultaneous users who share a strong sense of mutual presence.

It can be fully virtual and self-contained (a virtual metaverse) or it can exist as layers of virtual content overlaid on the real world (an augmented metaverse).

Some academics believe a metaverse must also include rules of conduct and a functional economy.

While many embodiments will have such features, I do not believe we should narrow the definition in this way.

Similarly, some believe that all virtual worlds will be connected into a singleinteroperable metaverse, with goods and services shared between.

While it is likely that many worlds will connect, some worlds will stand alone and will still meet the definition of a metaverse.

All in all, immersive media is a rapidly developing field with many overlapping words and phrases.

To provide clarity, I created the graphic below:

Looking forward, all these phrases (VR, AR, MR, XR, and metaverse) will continue to be used extensively by the industry and often imprecisely.

For example, every virtual environment is not a metaverse, and every pair of smartglasses does not provide an augmented reality experience.

That said, the industry will surely get more precise as the market matures and consumers become more sophisticated.

Until then, hopefully these definitions help provide some clarity. 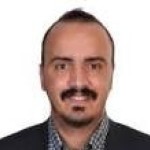